248 reviews
9700mg Adaptogens  |  0mg Caffeine
Conquer the day with Bold. With 9700 mg adaptogens per serving, our premier blend powers you to kick-a** all day long. Bold is deeply nourishing for your cognition & flow-states—so whether you’re raising up littles or leading a team of pros (or both at the same time...bless you), Bold helps you reclaim a stressless, sustainable energy boost.
Subscribe for free shipping on every order.

As a subscriber, you start your adaptogen relationship off on the right foot—think “long-term relationship with marriage potential”. We make it easy with: These statements have not been evaluated by the Food and Drug Administration. This product is not intended to diagnose, treat, cure, or prevent any disease.

**Not intended for use during pregnancy. Consult your healthcare provider if you are taking medication or have a medical condition. Don't have a french press? Click here for alllll the recommended ways to brew.

Too long to make and messy with French presss

I love the Bold blend! It’s perfect when I need a little extra stamina in the morning or afternoon and want to avoid reaching for the caffeine. The flavor is a little more bold (no pun intended) ;) than the original flavor, bitter/cocoa-y, earthy… I blend it with any of the other flavors depending on what I need, and it always pairs well.

Bold is yummy! I deeply miss my Rasa when I am away from home. Please consider making travel packs or individual brew bags for those of us on the go. 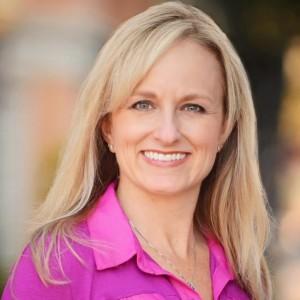 I was looking for something to start my day with that didn't give me the shaky feeling I get from coffee. This product has excellent ingredients and tastes delicious! It's my new favorite morning drink that I can feel good about having!

The smell and flavor are pleasant. It definitely wakes me up. My only complaint is that (like with caffeine) something in Bold exacerbates my anxiety to the point where I feel frozen or locked-up and unable to be productive. This is very likely a a very individual sensitivity and not something likely to adversely impact most customers' experience. If I mix a little bit of Bold -- like 1/4 tsp -- with Original, I can get some of the "awake" benefit without necessarily feeling locked up with anxiety. Because I can only use a very little amount at a time without experiencing crippling anxiety, 2 lbs of this product would last me ages; I expect that I'll be sorting a lot of Bold into reusable jars/mugs to give as Christmas gifts. Even with the subscription discount, the price is a little steep -- but the boost in functionality may well be worth it. I would feel better about the price if the third-party test results for heavy metals and other contaminants were readily available. “They make a creamer? That must be good!”

And you know, it is good—because we're Rasa, and we don't just "make a creamer", we make the apotheosis of creamers. Luscious, frothy, and packed with 800 mg of nourishing adaptogens.